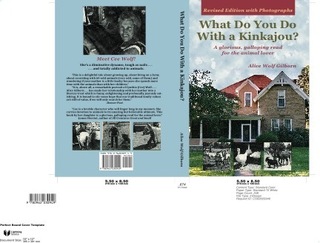 Once the horses are out to pasture, the real test of an animal lover takes place: janitorial duty. Ex­changing her bucket for a rusty wheelbarrow, Cee pushes it around the corral, shoveling manure from the ground as adroitly as most women scoop eggs from a pan. Her forearms are bronze, as thick and hard as a man's, her socks rolled over the tops of her stained and splitting shoes. After dumping the morning's catch on the well-seasoned pile by the barn, she attacks the stalls, scrapes them dry, spreads them with bushels of wood shavings from a canvas-covered mound at the other end of the barn. The shavings catch in her hair and she breathes heavily, but she refuses to hire help or accept ours. No one could possibly learn her system, she claims. Once in a while a stallion escapes, a foal is caught on the wrong side of the fence, or a mare limps in with a swollen hock. Then the pattern is shattered and Cee forgets about her own breakfast, which may or may not occur about 8:00 a.m.

Cee's love for horses may have secured her sense of identity, but she paid a price for it in   constant expenses and hard work. There was an emotional price, too. Her passion gave her little time for anything else, in­cluding members of her family. Sooner or later we were all frustrated with her, Nana because she did not give luncheons or dine willingly at the country club, her children because she took little interest in our school activities, and Paul because she took even less interest in the politics he was becoming absorbed in, perhaps out of self-defense. Each of us had our idea of what she ought to be, and each wanted her to fit the picture at his or her convenience. If she refused, we were indignant, and the angrier one of us became, the more perverse became Cee, ignoring our demands, es­caping to her animals. Dimly we realized that her stub­bornness was a form of self-protection; she was timid and unsure of herself away from familiar territory or among strangers, but that didn't do much to avert arguments or alleviate hurt feelings.

Yet Cee's obsession, or selfishness as some peo­ple would call it, was offset simply by her inarticulate belief in the people she loved. She would rather run than fight, any time. She forgave everything and we forgave her. Never did we doubt her loyalty to us, if and when she was called upon to demonstrate her loy­alty. And there were occasions when Cee acquiesced to our wishes with scarcely a murmur, looking pretty, albeit bored, in a new dress and high heels as we sat around Nana at the club, or trucking her ponies to my school for rides at the annual school fair, or at a party with Paul, both of them laughing as she charmed a circle of people with the latest animal anecdote. Though Nana viewed Cee's activities with both humor and despair, she never gave up trying to reform her. David, Bruce, and I survived our adolescence without lingering psychic scars, and Paul cultivated his own in­terests. He and Cee spun in two different orbits, parallel yet separate. Their marriage appeared to settle into a lasting compromise.